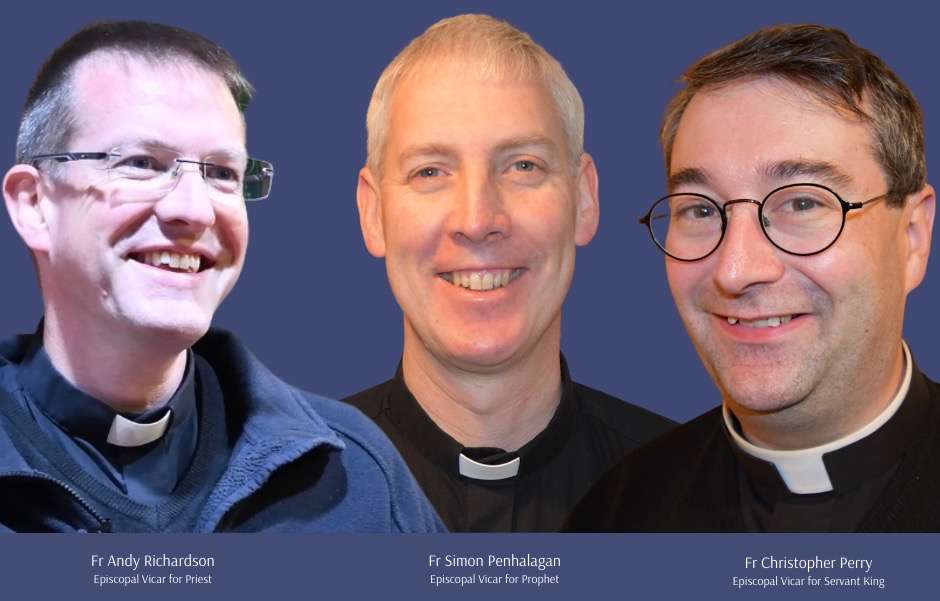 Frs Simon Penhalagan (Prophet), Andy Richardson (Priest) and Christopher Perry (Servant-King) will take up their responsibilities from September 2021. More about the vicariates can be read here

They have been appointed under canon 476

‘Whenever the correct governance of a diocese requires it, the diocesan bishop can also appoint one or more episcopal vicars, namely, those who in a specific part of the diocese or in a certain type of affairs or over the faithful of a specific rite or over certain groups of persons possess the same ordinary power which a vicar general has by universal law…’

“In order to be more effective in our core business of mission, I have divided the diocesan agencies into three groupings. Three priests have a share in my episcopal oversight of the Curia and those agencies which support, promote and develop these groups, named after the three different offices of Christ”

The Episcopal Vicars will meet with Bishop David and the new Vicar General, Canon Michael Harrison regularly, as this new structure takes effect.