The Bishop’s Council serves the Bishop of Northampton in an advisory capacity as instructed in canon. 473. The Council comprises of the Vicar General and the three Episcopal Vicars. The council meets with Bishop David fortnightly to discuss matters arising from each of their areas of responsibility. 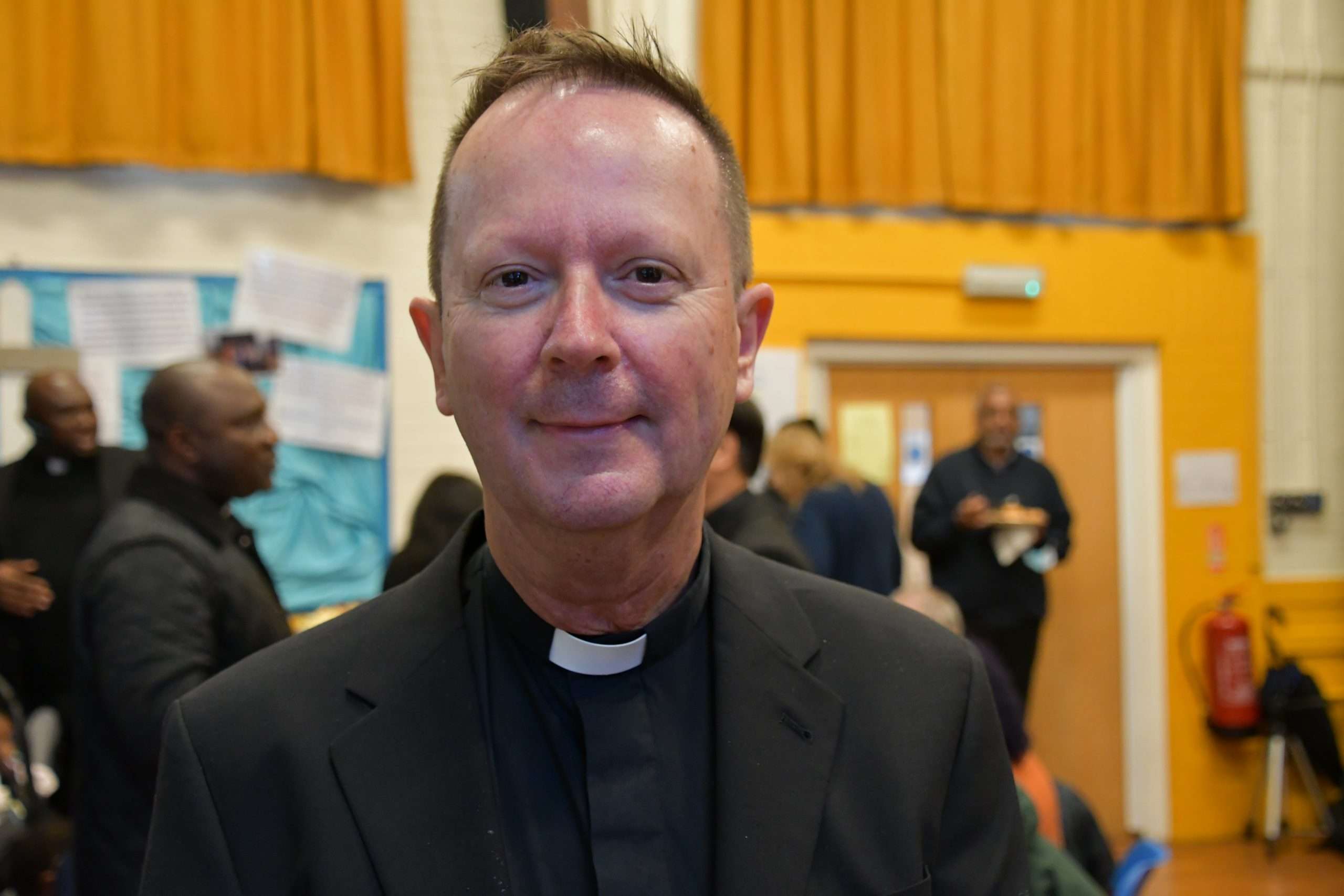 Michael was born in Wealdstone, Middlesex, the youngest of three sons to George and Anna Harrison. He was baptised  at St Joseph’s Church on September 11th 1960, aged three weeks. In 1962 the family moved to the new town of Bletchley,  Bucks where he attended local schools including the newly-opened St Thomas Aquinas Primary School. Fr Patrick Carey was the local priest, busily building up the parish, catering for the throngs of young families moving out of London . Michael received his First Sacraments in the brand new church of All Saints and was Confirmed there at the age of nine by Bishop Charles Grant in 1969.

At college Michael studied business studies and entered the world of work in 1978, working for the Lord Chancellor’s Department of the Civil Service in the High Court in London and in the local County Court.

By this time Michael was beginning to suspect that his vocation lay elsewhere. A notable occasion was when he attended Ninian Park, Cardiff for the youth event of the Papal Visit of Pope John Paul II in 1982. He made many friends that day including Francis Higgins, later Canon Francis of this Diocese. Along with other young people they formed youth groups within the church and explored the faith with the help and example of fine local priests including Fr Frank Duane.

Michael decided to try his vocation as a priest, was accepted as a seminarian by Bishop Francis Thomas and commenced his formation at St Mary’s College, Oscott in 1984. After six years of formation he was ordained priest in his home parish, in All Saints Church, Bletchley on 7th July 1990 by Bishop Leo McCartie.

His first appointment was as the assistant priest to Fr Paddy Crowe in Our Lady Help of Christians in Luton; along with Fr Mark Floody he was Chaplain to Cardinal Newman School and for five years they were Youth Chaplains on the Diocesan Pilgrimage to Lourdes.

Fr Michael then went on to Our Lady of Walsingham, Corby, as assistant to the then Vicar General Mgr Pat McAleenan. At the same time he was appointed Diocesan Youth Officer, an office he held for five years, with special responsibility for the Diocesan Youth Service, work now undertaken by NYMO.

Subsequent appointments included being Parish Priest at St John Ogilvie’s in Corby, St Gregory the Great in Northampton, St Thomas Aquinas and All Saints in Bletchley along with St Alban in Winslow and then St Anthony of Padua in Slough. In 2014 Fr Michael returned to Our Lady of Walsingham Corby as Parish Priest where his responsibilities soon expanded to include the parishes of St John Ogilvie in Corby, The Most Holy Name of Jesus in Oundle, St Paul the Apostle in Thrapston and St Thomas More in Raunds. By this time, in 2016, he had been elected as a Canon of the Chapter, and was soon appointed as Dean of the local Pastoral Area and Director of Ongoing Formation of Clergy.

In 2021 Bishop David appointed Canon Michael as Vicar General of the Diocese and reduced his responsibilities in Thrapston, Oundle and Raunds and in Ongoing Formation.

Canon Michael commented that nobody was more surprised than he at the appointment.
“I thank Bishop David for having the confidence in me to fulfil this important role as carried out so diligently by Mgr Sean Healy for the last twenty years. I have a great love for the Diocese of Northampton which has been my home for virtually my whole life; I hope that my experience and knowledge of our Diocese will be of help to Bishop David and my fellow clergy.” 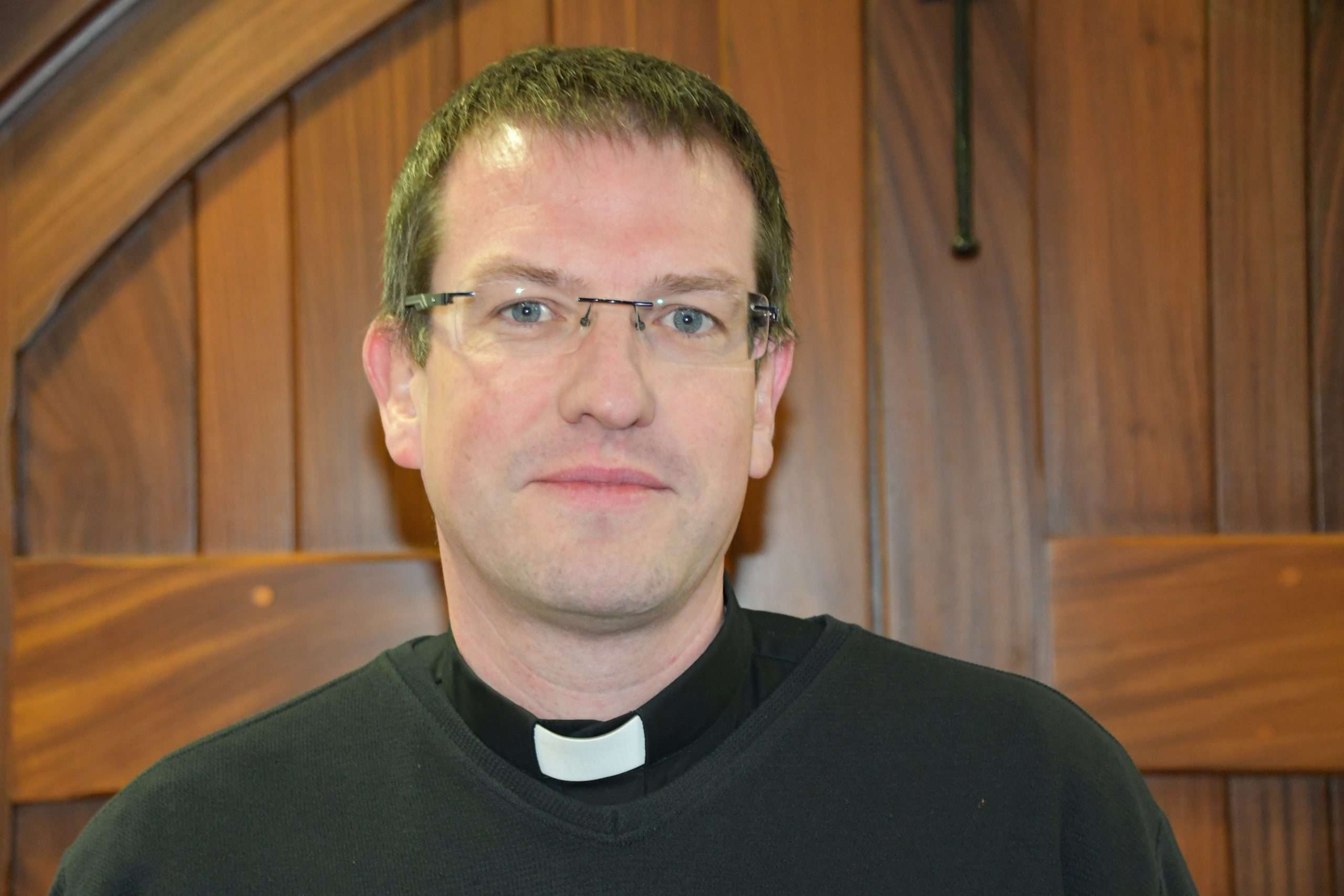 Fr Andrew was born in Luton in March 1976 and attended Cardinal Newman Secondary School before attaining a Masters degree in Chemical Engineering at the University of Manchester. He was ordained a priest on 21st June 2008 by Bishop Peter Doyle. He was an Assistant Priest at St Edwards in Kettering prior to being appointed as Parish priest of Our Lady of Peace in Burnham in 2012. He moved to be Parish Priest of Holy Family and St John’s in Luton in 2019.

Bishop David appointed Fr Andrew as Episcopal Vicar with responsibility for the Priest Vicariate from September 2021.

Fr Simon was born in Hayes in 1965. He attained a BA (hons)degree from St Mary’s, Twickenham in History and Classical Studies followed by a Post Graduate Diploma in Guidance from Kent College for the Careers Service.

Father Simon has been a member of the Clareton Lay Community at Buckden Towers, Cambridgeshire leading youth retreats and more recently the SION Community for Evangelism. He has held many positions within the Sion Community and from 2010-2018 was President. Fr Simon was ordained to the Sacred Priesthood on 28th June 2008 at Northampton Cathedral and has been the Chairman of our diocesan youth ministry team, NYMO for the past eight years, whilst also being Assistant Priest at the Cathedral and since 2018, Parish Priest of St Martin De Porres in Luton. 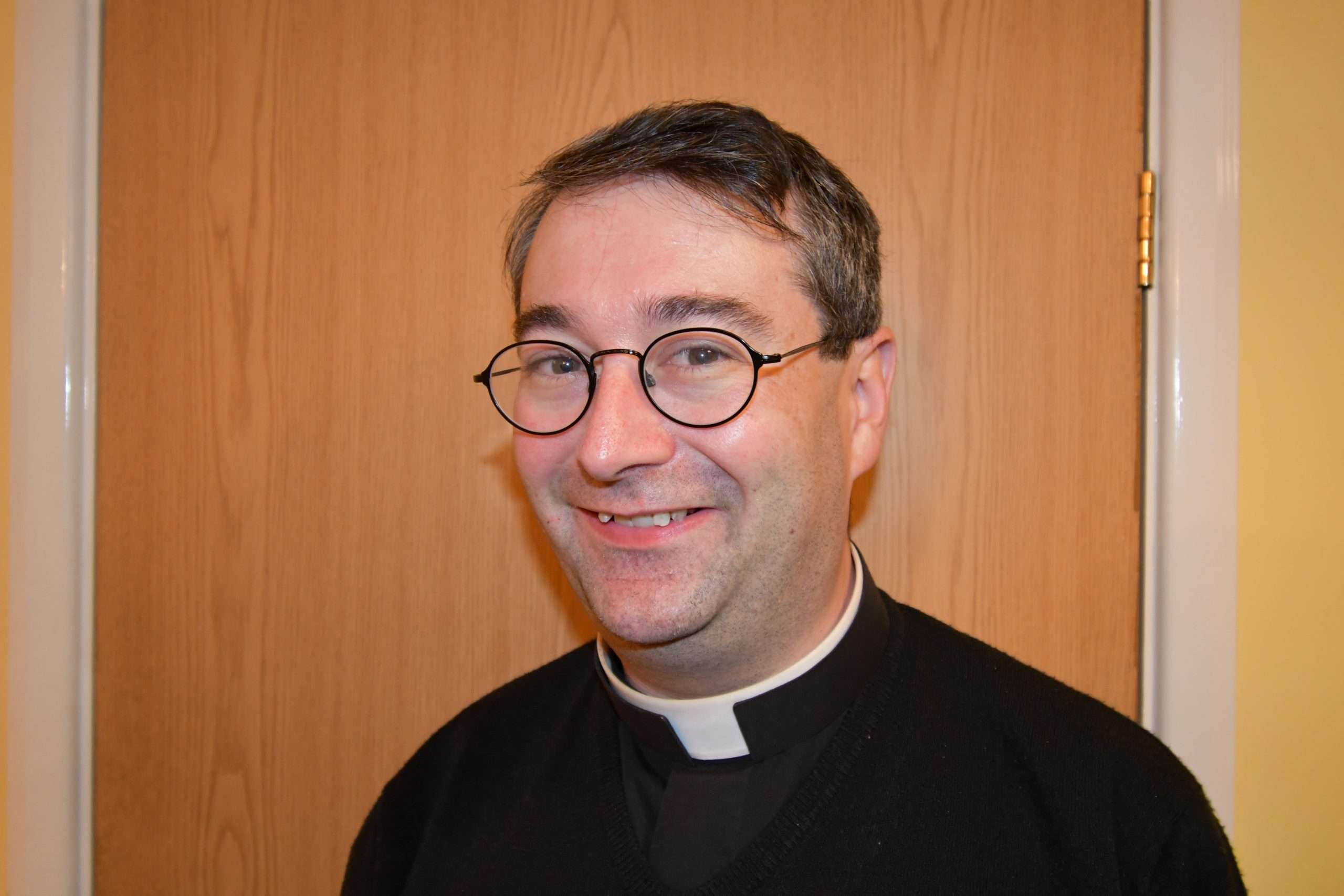 Fr Christopher was born in 1978 and raised in Cornwall, educated in a Church of England school but not baptised until he was 11 years old. He worshipped as an Anglican at Truro Cathedral. He studied Theology at Durham University and it was here that he considered becoming a Catholic. However, Fr Christopher returned to Cornwall where he was ordained an Anglican Priest working in a parish in Penzance for five years. Having got to know local clergy, Fr Christopher attended Catholic Mass regularly, had formal instruction and was received into the Catholic Church.

Fr Christopher was ordained to the Sacred Priesthood in January 2013 following a year in Valladolid and his seminary training spent at Oscott College. Fr Christopher served as an Assistant Priest in Our Lady of Walsingham, Corby before taking up his appointment as Parish Priest of St Thomas Aquinas and All Saints, Bletchley in October 2013.

Bishop David has appointed Fr Christopher as Episcopal Vicar for the Servant King Vicariate from September 2021.