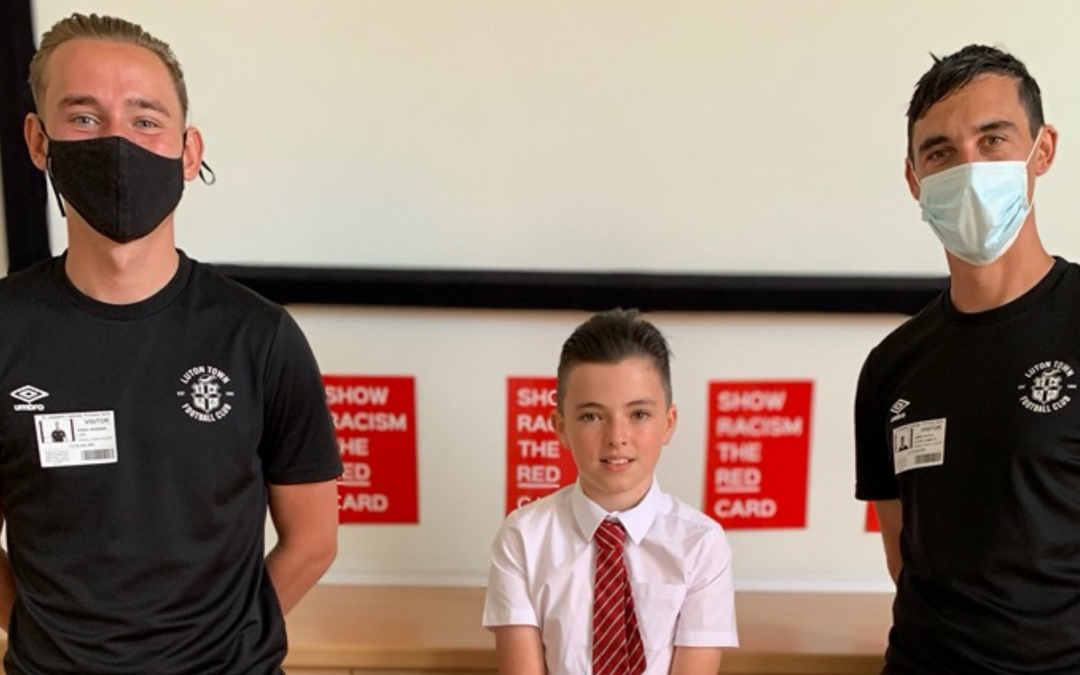 The Competition has been running for 22 years and has become the biggest equalities competition in the UK with over 23,600 entrants this year from more than 340 schools. The Competition is free to enter for all young people of school age and divided into artwork, creative writing and multimedia categories.

On finding out he had won the competition, Oliver said

“I entered the competition as part of a home learning task set for us.  We had to create a song, poem or poster and I chose poetry because I enjoy writing it.  I felt that it was really important try my best as it is such an important issue. I’m so proud to have won the competition. It means so much to me, the prize is amazing and I’m really thankful for it.”

Show Racism the Red Card is the UK’s largest anti-racism education charity and is celebrating its 25th anniversary this year. Since its inception in 1996, they have educated and engaged with over 825,000 people.

“We are delighted and incredibly proud of Oliver’s success in the Show Racism the Red Card  Competition; he is an excellent ambassador for our diverse, harmonious school and Parish community .”