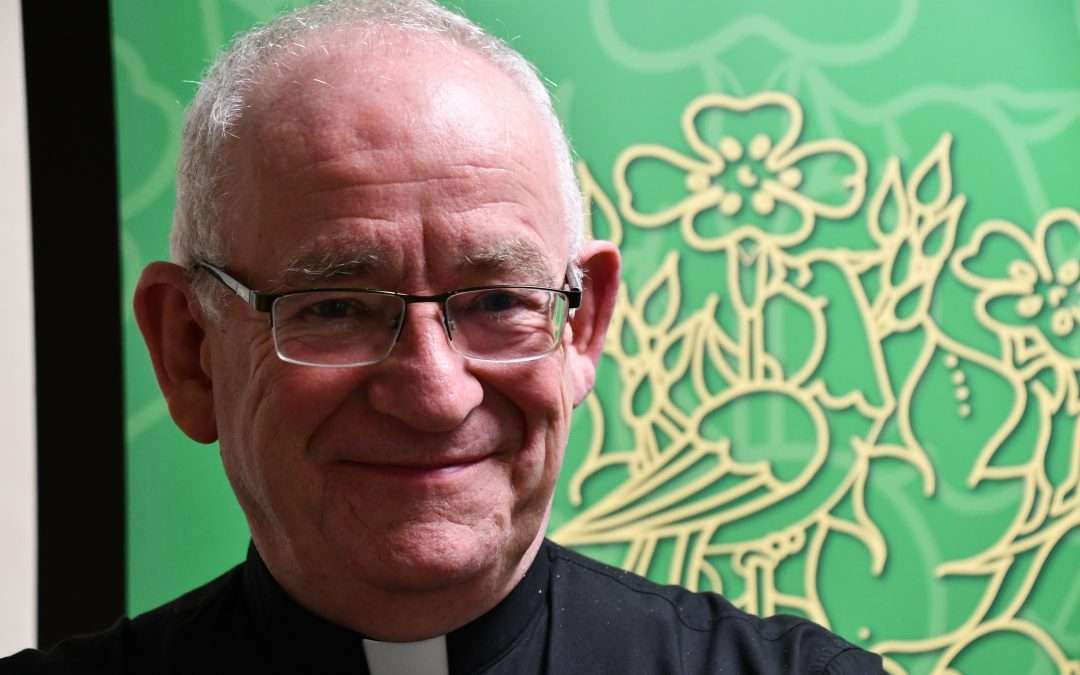 After three decades of service to Catholic education within our diocese of Northampton, Monsignor Kevin McGinnell offered Bishop David his resignation as Episcopal Vicar for Education. He will step down from the role on December 31st 2021, having turned 70 years old earlier that month.

Mgr Kevin began as RE advisor in 1990, the same year as his ordination to the priesthood. In 1993 Bishop Leo McCartie asked Fr Kevin to be the Director of RE, a role he fulfilled until 2001, when Bishop Kevin McDonald appointed him as Episcopal Vicar for Education.

“Education has seen great changes during these decades and on behalf of our diocese, the diocesan trustees and my episcopal predecessors, I would like to thank Mgr Kevin for the way in which he has navigated these changes whilst protecting and promoting our Catholic faith.”

Alongside his diocesan responsibilities, Mgr Kevin has served as Chair of the National Board of Inspectors and Advisors from 2009-2017.

Collette Curtis has accepted Bishop David’s invitation to be Director of Schools from 1st January 2022, with responsibility for the work of NORES within the Prophet Vicariate.

Fr Kevin will continue as Parish Priest of Holy Ghost, Luton and Dean of the Luton Pastoral Area. He will also take on the role of Clergy Ongoing Formation Director in our Diocese.