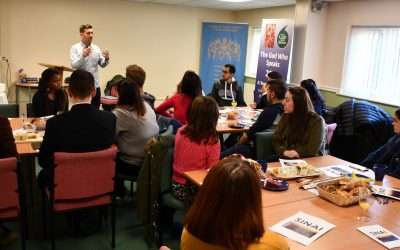 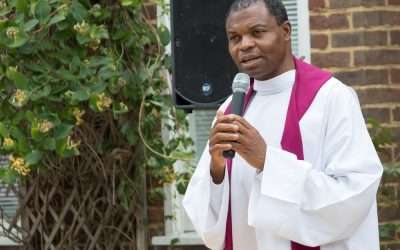 Congratulations to Fr Nicholas from St Anthony’s in Slough. Fr Nicholas celebrated 12 years of priesthood and Bishop Peter celebrated Mass in the parish on the 1st December. 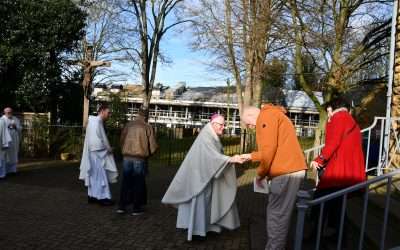 Patronal Feast of Our Lady Immaculate

Bishop Peter celebrated Mass for our diocesan patronal feast of Our Lady Immaculate on Saturday 7th December. Clergy and people gathered to celebrate this feast alongside the opening of ‘Year of The Word’. Bishop Peter urges the faithful to:

Our diocesan finance board

Our diocesan finance board met today for their winter meeting. We are delighted to announce that Brid Vaughan, Andrew Clutterbuck, Kathy Goodwin and Peter Commons has joined the board from today. Sadly, we say goodbye to Charles Whitehead and Margaret Harwood after 10 and 7 years service respectively. Bishop Peter thanked them both for all they offered as members of the board. 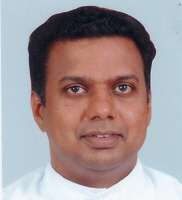 Bishop Peter wrote: “It is with the greatest sadness that I write to let you know that one of the Fransalian priests who help us so much in the Diocese, Father Wilson Sebastian MSFS, did not appear for Mass this morning at St Edward’s, Kettering and was found dead in bed.”

Fr Wilson had been Assistant Priest at Kettering since September 2018, prior to which he was assisting at Our Lady’s, Corby. Aged only 51, he had undergone much medical treatment since arriving in the UK but his sudden passing was an unexpected shock.  He was from the Syro-Malabar Archeparchy of  Changanacherry in Kerala. South India. 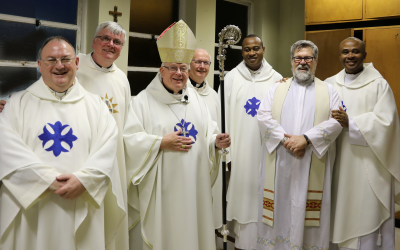 Farewell to the Vincentians in Dunstable

The 28th September marked a momentous moment in the life of our diocese as Bishop Peter said a final farewell and thank you to the Vincentian Fathers from St Mary’s Parish in Dunstable. The Vincentian Fathers have been present in Dunstable since 1927 and have contributed greatly to the mission of the local church for over 70 years. Bishop Peter has appointed Fr Tony Brennan as the new Parish Priest of St Mary’s Parish consisting of the churches of St Mary’s, St Vincent’s and St Elizabeth’s.

Canon Griffiths died in the early hours of 28th September at Lincroft Meadow nursing home in Woodstock, Oxfordshire, aged 94. He was the oldest priest in the Diocese. He was ordained in 1950, serving at Norwich, Lowestoft, High Wycombe and Marlow, from where he retired in 2002, though he remained resident and active there until the last couple of years spent at Woodstock. 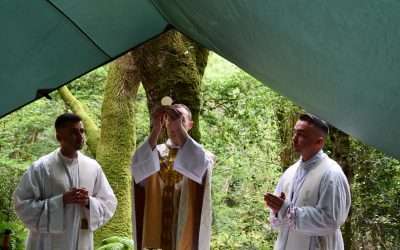 Some of our younger clergy, Frs Brendan Seery,  David Donaghue, Gregory Marchwinski and Dcn Kevin Ryan, with seminarian Jithu James, have just spent a few days on a ‘survival type’ bush craft experience in Dorset woodland. They lived rough off the land, with no electricity or running water. We trust they will now be very grateful for presbytery accommodation, and parish dinners, in their various postings. More photos can be seen here.

‘Beyond the Wild‘ is a Catholic ministry for young people, Confirmation groups etc.

There are new Head Teacher appointments at several of our Diocesan schools.

Bishop Peter has announced some further clergy moves for September.

Fr Gregory Marchwinski, who has been assisting at Our Lady’s Corby, goes to Kettering as priest-in-charge, to be assisted by Fr Wilson Sebastian MSFS, who has also been at Our Lady’s.
Fr Paul Hardy is retiring after 28 years service at St Edwards Milton Keynes and as chaplain at St Paul’s School. The parish and school will now become part of the St Barnabas cluster.
Fr Nathanael  Onwuekwe moves from St Josephs Bedford to join the team at the St Barnabas cluster in Milton Keynes.
Canon John Koenig has decided to retire, on health grounds.
Fr David Barrett will become parish priest at Olney.
Fr Eustace Durugbo MSP will be going to St Margaret of Scotland Luton for one year.

A key celebration for the whole Diocese with our new Bishop.

A key celebration for the whole Diocese with our new Bishop.

X
We use cookies to ensure that we give you the best experience on our website. If you continue to use this site we will assume that you are happy with this.OkPrivacy policy